Those who have never seen a Marvel movie can recognize the Captain America costume. Captain America is one of Marvel’s most famous and well-known characters. Captain America began his story as a man named Steve Rogers. Steve was a frail man who had trouble holding his own in fights. Later on, he is enhanced and … Read more If you’re a fan of the Marvel Cinematic Universe, then you’ve probably wanted to dress like one of your favorite heroes at some point. Dressing in Thor Costume is a great way to show your fandom and can be fun. The Mighty Thor is the God of Thunder and protector of both Asgard and Midgard. … Read more 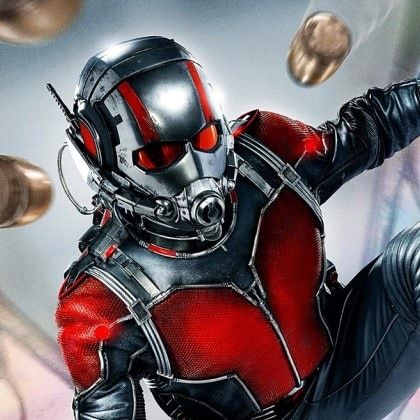 An Ant-Man costume is a great choice for fans of the underrated Marvel series. Ant-Man, otherwise known as Scott Lang, is a sympathetic character. He begins his story as a convict with a past involving petty crime. By the end of things, he has evolved into a superhero that has to save the planet. Through … Read more A Hawkeye costume will surely make heads turn at an Avengers-themed costume party! Hawkeye is a character from the Marvel Cinematic Universe. He is part of the Avenger’s original members upon the said group’s establishment. Hawkeye is best known for his superior marksman abilities. His specialty lies in archery, hence why he primarily uses a … Read more A Captain Marvel Costume is a popular female hero costume for the ultimate girl power vibes! Captain Marvel stars in the Marvel Cinematic Universe comics and films. In 2019, she starred in her self-titled MCU film, Captain Marvel. Captain Marvel gained her title after resolving conflicts in the Kree Skrull War. Although she appears cold … Read more If you’re ready to get into the world of Dark Knight, start preparing for your Batman cosplay.  Batman is one of the superheroes in the world of DC Comics. Although different stories and versions are released, Batman’s secret identity, Bruce Wayne, remains. He is still the American billionaire that witnessed his parent’s death which led … Read more Groot is a superhero in Marvel comics and movies. At first, he teamed up with Rocket Raccoon as a bounty hunter in the universe and then joined the Guardians of the Galaxy led by Star-Lord. Although Groot’s body is a tree, he is not afraid of fire as long as his body does not turn … Read more A Black Panther costume is a brilliant way to pay homage to your favorite superhero. Black Panther was the superhero name of a man known as T’Challa. T’Challa is the king of Wakanda, a fictional nation in the Marvel Cinematic Universe. T’Challa is known for his gentle nature. Though he is king, he does not … Read more A Wonder Woman cosplay costume is easily one of the most popular costumes for DC Comics fans.

Wonder Woman, also known as Diana Prince, is one of the founding members of the Justice League. She is gifted with a number of combat skills ad superhuman powers fine-tuned in her homeland.

The superhero has several unique weapons that make her stand out among other heroes.

Most notably, she has a golden lasso. It is known as the Lasso of Truth. She also fights with a sword and shield and partially protects herself with indestructible bracelets.