Eren Yeager is one of the most popular Attack on Titan characters, and the Eren Yeager cosplay is equally as popular. He is the main character, putting him at the front and center of the action. He is a former member of the Survey Corps who had to, as a boy, watch his mother being eaten by Titans. This traumatized him and instilled in him a deep loathing for Titans. From that day forward, he made a vow to destroy them all. 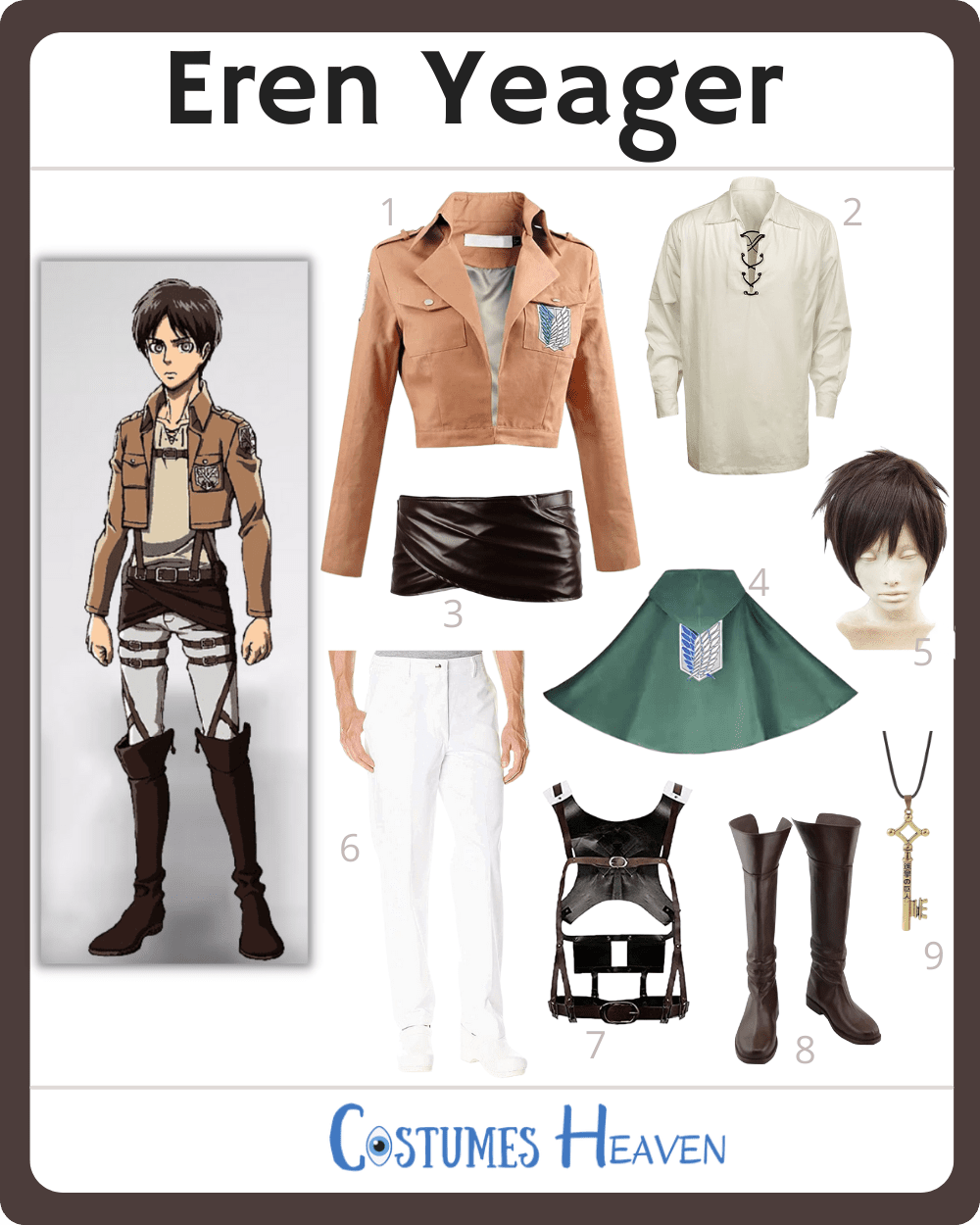 Many fans love Eren Yeager for his bravery and resolve. He also wears an exciting costume that fans like to dress up in. If you are interested in your own Eren Yeager cosplay, we outlined the different pieces of apparel you will need to pull off the look.

The costume that Eren Yeager wears is pretty distinct. For this reason, you will have to track down specific clothing items instead of just using what you have. To begin, you will want to get a navy green long-sleeved shirt. A Survey Corps jacket in light brown with the logo on the back will be worn over the shirt. Then, a green cape is to be worn over the jacket.

He wears a pair of white pants that you will need to cover with an Attack on Titan Harness. The harness also hooks around the top of the shirt. Grab a leather waist wrap to go on top of the pants and a pair of tall brown boots to finish it off. In terms of accessories, you’ll need a skeleton key necklace.

About Eren Yeager from Attack on Titan

Eren Yeager is the main character in the anime and manga series, Attack on Titan. When he was a young boy, he was forced to watch as a Titan ate his mother. Seeing such a thing was deeply traumatizing. It also made him hate Titans and vow to destroy all of them.

At one point, his father injected him with Titan serum. After getting the keys to his father’s basement and gaining entry, he learned all of the truths about Titans that he needed to know in order to fight them. After a Titan swallows him following his first mission, he understands that he can become one of them. Using this information, Eren Yeager does his best to bring the Titans down.

What is the most famous quote from Eren Yeager?

3. “I want to see and understand the world outside”

4. “If someone is willing to take my freedom… I won’t hesitate to take theirs.”