A Katara costume is a natural choice for lovers of the animated series, Avatar: The Last Airbender.

Katara is one of the main heroines in the story. She is a powerful water bender. This means that she possesses the ability to control ice and water with her mind. She is one of the only water enders left in the universe.

Because of her immense courage and power, she ultimately becomes a Master Water Bender. She discovers Aang, a twelve-year-old boy who remains the last Air Bender in the universe. The two of them adventure together and become one another’s most powerful allies. 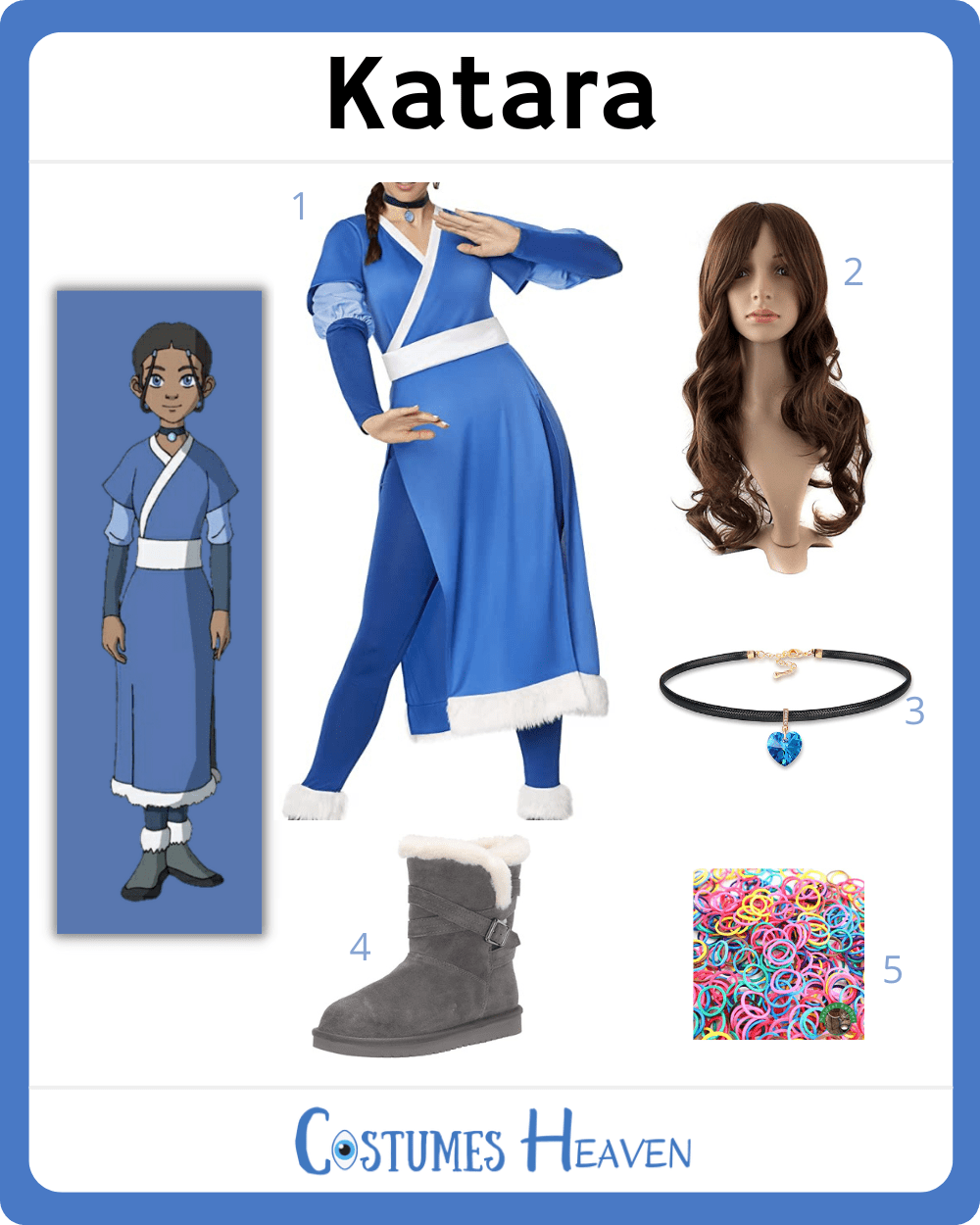 Katara joins Aang on his journey toward opposing the Fire Nation, who is responsible for the genocide of Aang’sAang’s people.

Katara is a wise and beloved character. Many female fans of the show love to cosplay as her specifically.

To dress like Katara, you will need Katara Costume paired with Grey Boots.

Perhaps her most important piece of apparel is her blue tunic. Find one that is flowy and loose, symbolizing her ability to control water.

Beneath her tunic, she wears a pair of blue pants to match. On her feet, she wears a simple pair of grey boots.

Around her waist, Katara wears a white sash that you can tie around your waist. This works to symbolize her ability to control ice. She wears a blue choker that matches the rest of her outfit.

Katara’sKatara’s hair is long and wavy, so you will need a wig to match her hair. She often wears it tied back with small braids in the front. To really look the part, you can take a moment to style the wig.

Make your Katara cosplay more interesting by attending the costume event with someone dressed up like Aang. Otherwise, this cosplay is still perfect on its own for fans of the series.

Katara is one of the main characters in the cartoon series, Avatar: The Last Airbender. She is one of the only Water Benders left alive in the universe. Katara is remarkably powerful and can control both ice and water.

Eventually, she becomes the Master Water Bender due to her immense skill and power. She is the character that discovers Aang, the main protagonist in the story. He is on his own after the Fire Nation attacks his home.

Aang and Katara join forces, wherein she helps him oppose the Fire Nation for what they did to his people. The two become reliable allies of each another and very close friends. Over time, that friendship blossoms into something more.

What is the most famous quote from Katara?

2. “You’re not the only one who draws power from the moon.”

3. “The strength of your heart makes you who you are.”