Lloyd Christmas and Harry Dune are a comedy duo that first appeared in “Dumb and Dumber,” a classic comedy that many people enjoy watching. The movie is so interesting because it has aged over many years since the film’s original release. The movie centers on Lloyd and Harry as they have to use their brains to outsmart people tracking them because of the money they have found. So much of the appeal of the film is how it can appeal to people with different tastes in comedy. Many of the audience also like to know that they are better and more intelligent than the characters they are watching. Lloyd Virgil is a limousine driver played by Jim Carrey. He is simple-minded and often gets into trouble, which can be easily seen from his appearance and behavior. But he is very kind at heart and loyal to his friends. He has a best friend and roommate named Harry Dunne. After he was fired from the company, he then and Harry embarked on an adventure.

His signature costume is predominantly orange. To dress like Lloyd Christmas, you will need an Orange Tuxedo Tux T-Shirt underneath Orange 2 Piece Dress Suits. Then, you will need Orange Dress Shoes to match it. Add an Orange Top Hat, Bow Tie, and Orange Cane with you to complete the look. 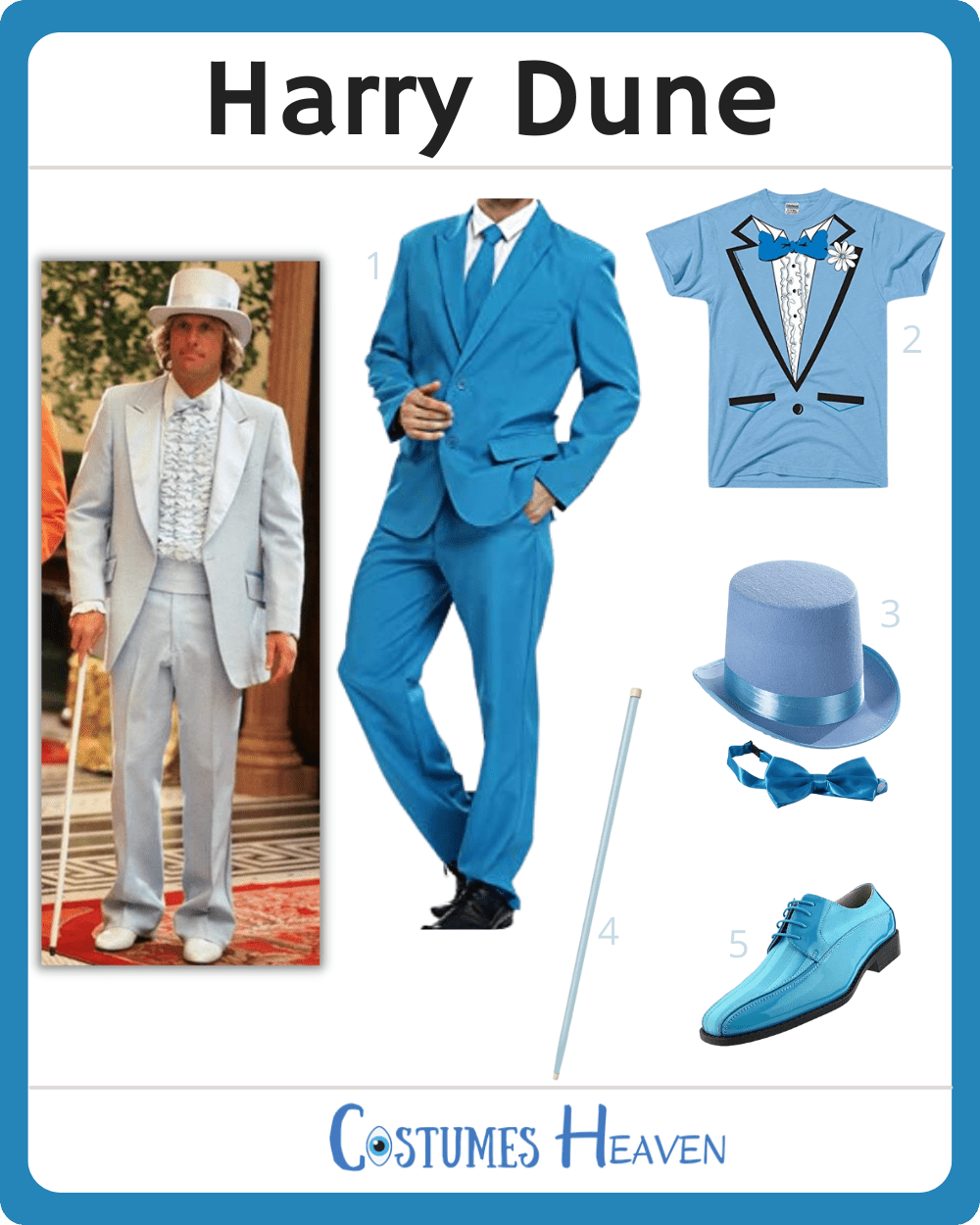 Harry Dunne is one of the main characters in the classic movie “Dumb And Dumber.” He lives in Providence with his good friend Lloyd Christmas. Like Lloyd, he is naive and awkward. But in some ways, he is smarter and more logical than Lloyd.

Recreating the classic blue suit from the party is not that complex. The costume happens to be a blue version of the Lloyd Christmas costume. To dress like Harry Dune, you will need Blue Tuxedo Tux T-Shirt underneath with Blue 2 Piece Dress Suits. Then, put on Blue Dress Shoes for the bottom. Add Light Blue Top Hat, Bow Tie, and Blue Cane to nail the iconic look.

Anyone who has seen the movie is impressed with the scenes where they are wearing orange and blue suits. And it was the suit outfits that became their signature costume in the film and also became a popular costume for cosplay.

About Dumb And Dumber

Dumb and Dumber is an enjoyable story with very simple characters to understand. It tells the hilarious story of their travels across the country to return a briefcase. Harry and Lloyd find a suitcase full of money. Still, instead of pocketing the money for themselves, they make a conscious effort to return the money to the person who is entitled to that money.

Much of what makes Harry and Lloyd so enjoyable is how antics they are as characters. They unintentionally make the day-to-day life of people around them as frustrating as possible. They truly don’t know better, but it helps to learn about the other characters that have to deal with their mischief. When they meet Mary Swanson, the woman who is the rightful owner of the money, Lloyd wants to take her out on a date. Still, he doesn’t get that Mary isn’t interested, and then the rest of the movie is just about him trying to gain her favor.

What is the most famous quote from Dumb And Dumber?

1. “Hey, You Wanna Hear The Most Annoying Sound In The World?”

4. “Why Are You Going To The Airport? Flying Somewhere?”