Black Widow is an agent of S.H.I.E.L.D and she is also a part of the Avengers. Named Natasha Romanova, she is a Russian spy whose focus is to bring down Iron Man.

But eventually, she comes to the US and she actually starts working together with Stark, and then she forms a team with them. 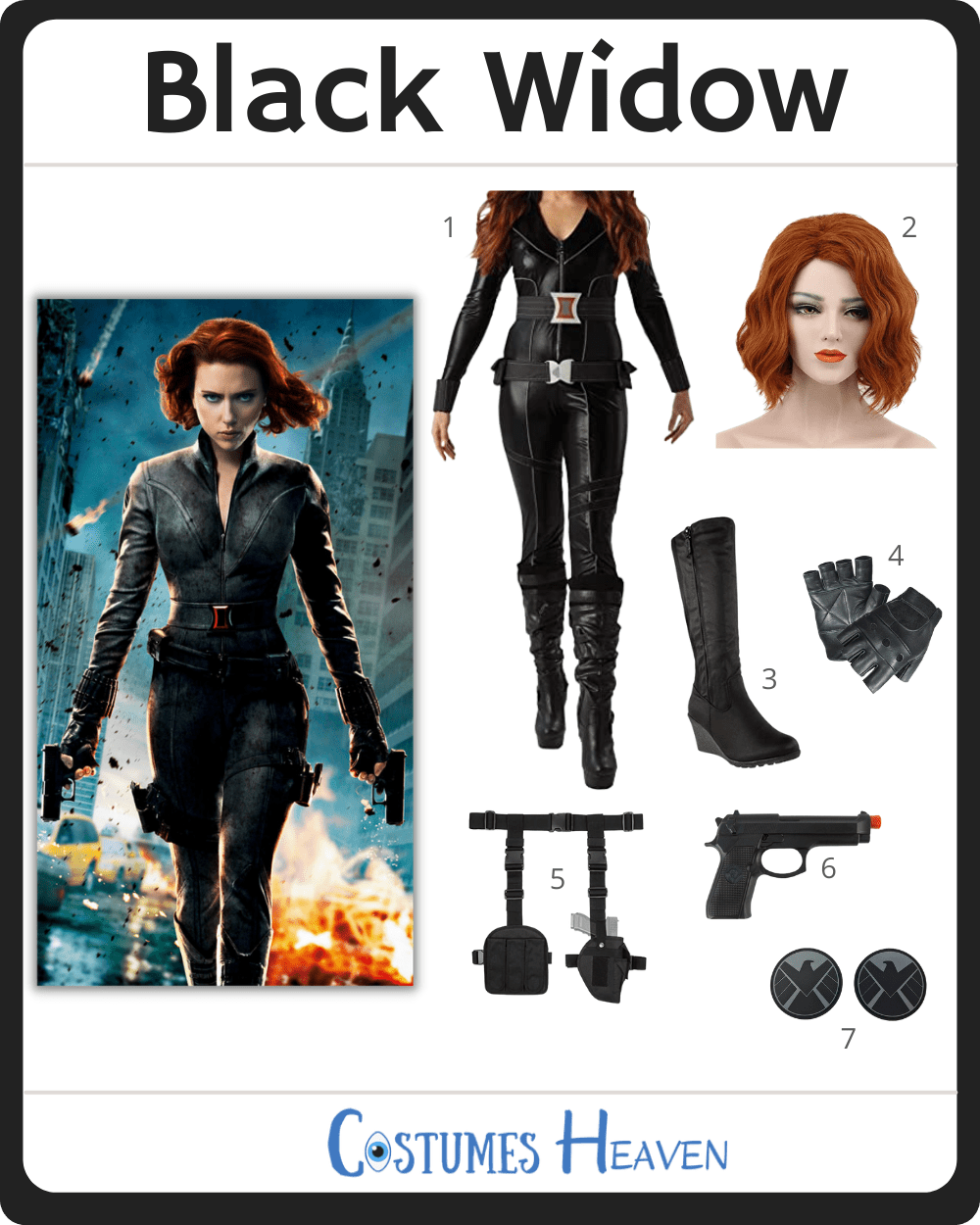 The Black Widow outfit is very simple, it involves a lot of black, and it’s all about looks and versatility.

It’s visually impressive, but also not that complex either, which is what a lot of people like about it.

The attention to detail is great and the fact that you can also adapt it to your own style a little bit is what really sets it apart.

To complete your black widow look don’t forget to get your pistol props!

The Black Widow costume is one of the most interesting superhero costumes because it seamlessly combines reality with fiction. It is not designed to be a work of art.

Instead, the Black Widow outfit is all about versatility and it does bring some impressive ideas to the table. You will like the fact that there are lots of accessories you can use.

And yes, depending on the movie, the outfit does change a bit, which is what makes it such an interesting superhero costume.

It is surely a great idea if you get your friends to dress like other Marvel superheroes like Iron Man, Daredevil, Spider-Man or Thor for a group night out.

About Black Widow From The Avengers

Black Widow is a Russian Spy and a sleeper agent. She joins the Avengers because she’s one of the top spies and assassins in the entire world.

You can find her in the comics, but she is also a part of the Avengers movies, she also has her own Black Widow movie too. She wears all-black outfits and she also has a Widow’s Bite weapon too.

At first, she was an enemy for Iron Man, but eventually, she joins him and she does everything in her power to win and truly push the limits in a very creative and empowering manner.

She maintains a simple look, but she is very powerful despite her looks. She is very loyal to her team, however, and she is also very dangerous and powerful too!

What is the most famous quote from Black Widow?

5. “I Don’t Judge People On Their Worst Mistakes.”