The Ali G costume is a funny way to pay homage to your favorite comedian, Sacha Baron Cohen. Ali G was one of the many characters he played.

Ali G, also known as Alistair Leslie Graham, is a sarcastic fictional character portrayed by Cohen. This character would conduct interviews with people who assumed he was actually a rapper.

The truth is he only dresses like one and tries to get reactions out of people. 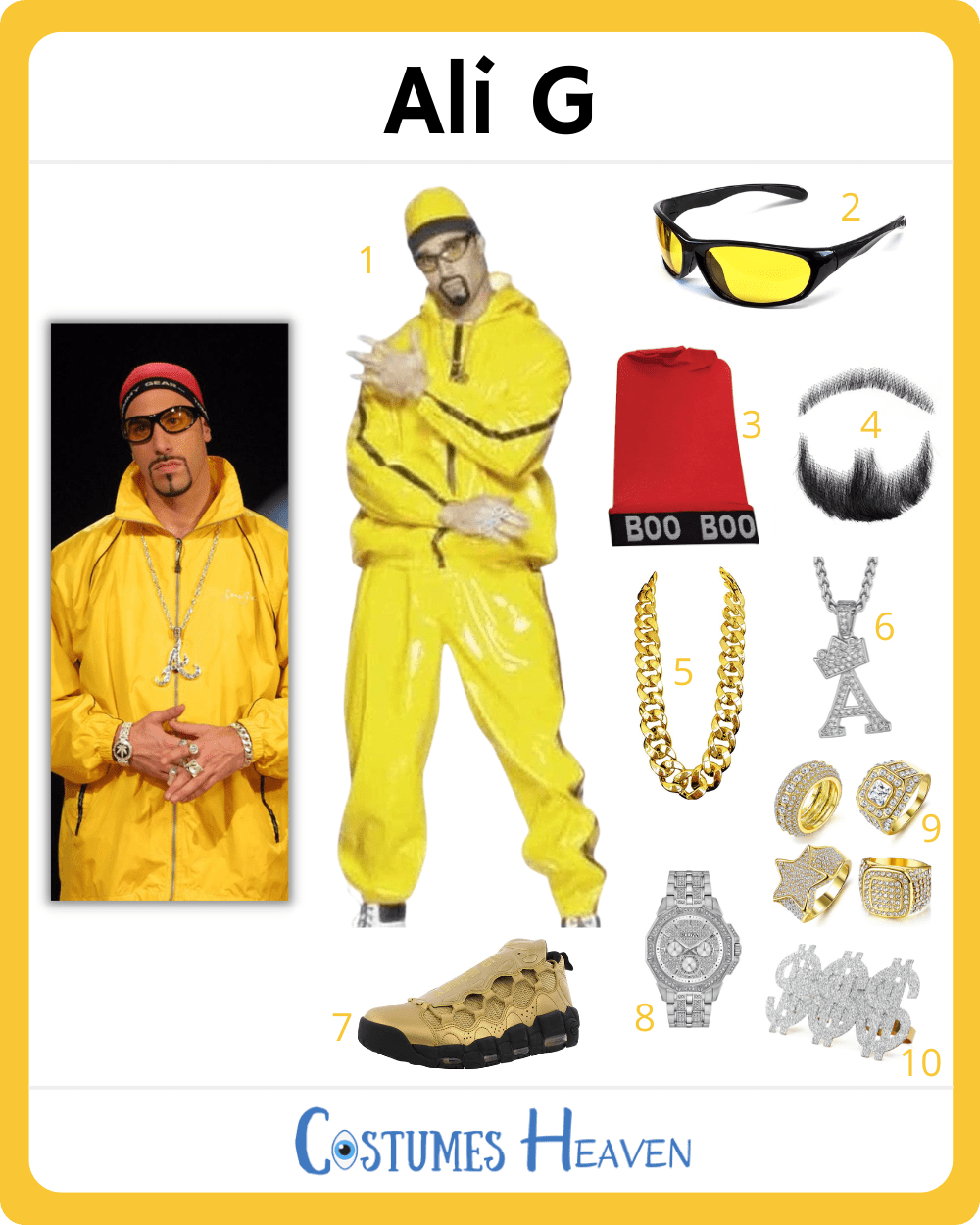 Contrast the yellow with a bright red wave hat on your head. Adding to his cool demeanor is the pair of tinted glasses that he wears.

On his feet, Ali G wears a pair of gold Nike sneakers. Finally, you will need some fake facial hair to make yourself look just like the fictional rapper.

This Ali G costume takes its influence from the black hip-hop aesthetic and culture. It is vibrant and eye-catching.

It is a good choice for anyone who loves the style of this genre of music. It is also a great costume for anyone just making the rounds of Sacha Baron Cohen characters.

Above, we’ve listed the apparel you will need to create the Ali G costume. Follow our guide to get it ready for your next Halloween party.

You can make the Ali G costume even funnier by having other friends dress up like other characters of Cohen’s.

Ali G is one of many “real life” fictional characters that comedian Sacha Baron Cohen has portrayed.

Dressed as this fictional rapper, he conducts interviews with people who think he is real.

The costume he wears is clearly inspired by black hip-hop culture and style. If you want to mimic this look, you can do so easily.

What is the most famous quote from Ali G?

1. “Is you knocking out a drum and bass sound or is it more speed garage?”

2. “When you is on your marches is there music?”

3. “Would you ever marry a protestant girl?”